It is possible to generate an image that depicts a TAF forecast in N-Flight Planning (N-FP). Currently, this is available through the Context menus from the map. This article describes how to interpret what the graphical display is showing and the options available to control its appearance. The image below displays most of the content of a TAF. 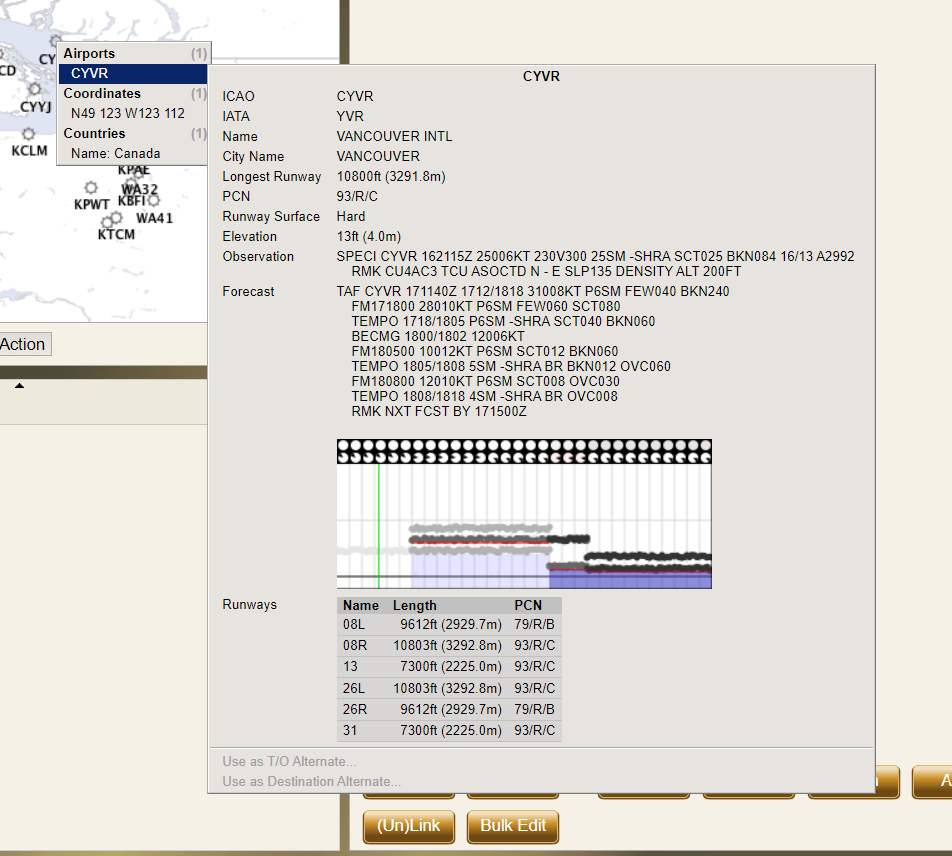 How Conditions are Applied

There are three types of change types in a TAF. The initial type or FM (from) type establishes a new set of conditions completely replacing any previously stated conditions. Change types, such as BECMG (becoming), will replace only specific elements of the previous time group. Therefore, a BECMG with only a visibility value, would only change the visibility going forward and other elements would remain the same. The exception would be SigWx, which will always use the current periods values (even when empty).

There are provisional types, such as TEMPO (temporary) or PROB (probability), that may happen for an intermediate period, but otherwise, the original values are retained.  By default (see configuration), PROB and TEMPO values will override values, if they are more limiting. Therefore, if there was a temporary ceiling lower than the previously mentioned value, it would be used.