This topic provides you with an overview of the route string parser.

The route string parser takes advantage of fixed radials and airway intersections, allowing for much greater route flexibility. Route strings can be composed of a number of variables.

The variables that can be used are:

A space between waypoints implies a direct segment (DCT) between them.

The following is a list of options that can be used with MTTA when generating a route.

A fixed radial segment, more commonly referred to as a radial, is a combination of an existing waypoint or fix (typically a VOR), and a heading that travels from that location. The convention for naming the radial is the VOR location followed by the degrees from 0° (north). 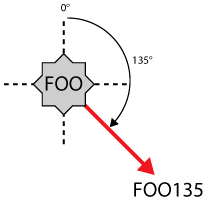 Terminating at a Fix

When a radial has an endpoint that is a fix, the radial is considered to be little more than a named direct leg. See below for an illustrated example. The example illustrates a radial terminating at a fix. The applicable route string portion would be FOO FOO135 BAR. 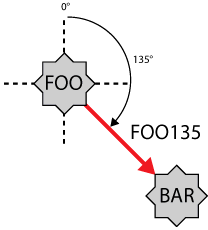 Terminating at an Airway

Some radials will terminate at an airway, at a point between two fixes. See below for an illustrated example. In the example, the radial terminates when it intersects airway J500. The applicable route string portion in this case is FOO FOO135 J500 QUX, since the route continues on J500 after the intersection towards QUX. 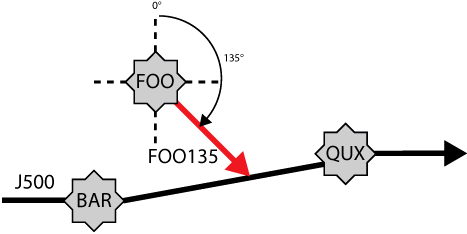 Terminating at Another Radial

Radials can also terminate by intersecting another radial from a different fix. In such a case, both fixes and radials are used in the portion of the route string. See below for an illustrated example. The applicable route string portion for the example is FOO FOO135 BAR270 BAR. 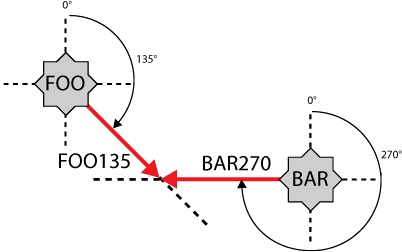 You can add NO_SIDS or NO_STARS to avoid SIDs and STARs and generate a direct route to the most efficient enroute waypoint. 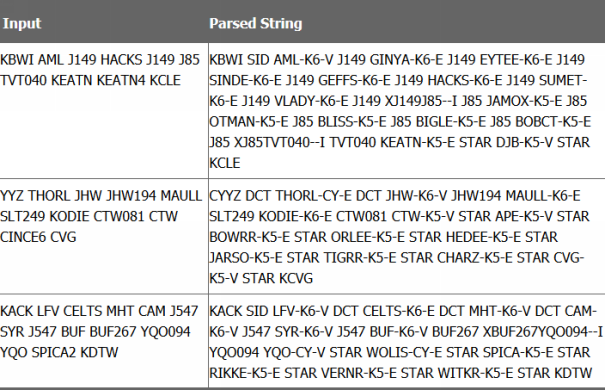 The user can manually input a radial/dme fix in the route string field of the route screen as well as FOMS Menu 305. The format wwwrrrddd will be used; where www is the VOR Ident, rrr is the bearing in magnetic degrees, and ddd is the distance in nautical miles. FRD points will persist and be reported that way on ATC filings and flight plans. These will not be converted to lat/lon positions. Use of pure lat/lon remains unchanged. 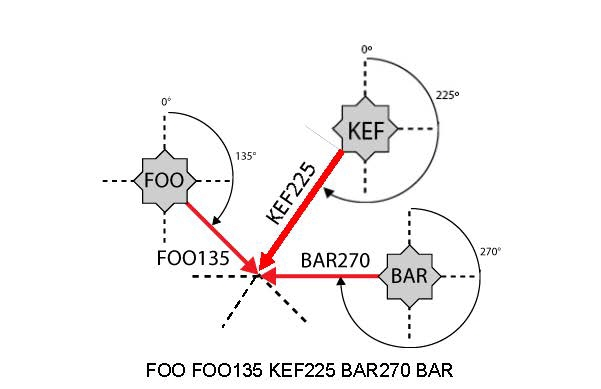