This simulation will focus on the specific functionality of modified reserves, and how that fuel saving measure can be employed during practical flight planning.

We estimate that this will take 2 minutes to complete.

This module demonstrates the function and benefits of Modified Reserves. To highlight the fuel savings we will begin with an already computed flight, note the fuel requirement for that flight, and then show the difference with Modified Reserves.

Modified Reserves allow for reduction in required fuel for international flights, in accordance with fuel saving authorizations similar to FAA Operations Specification B043. 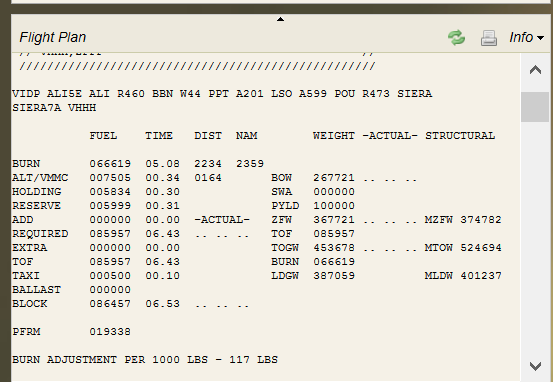 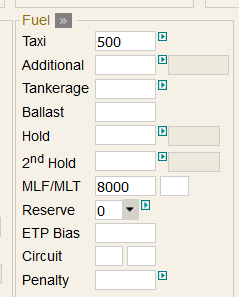 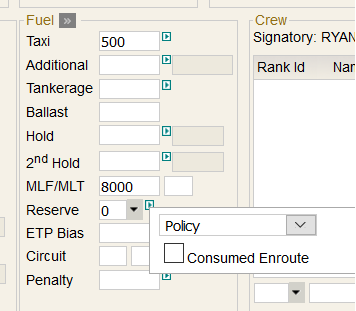 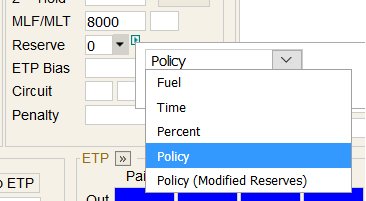 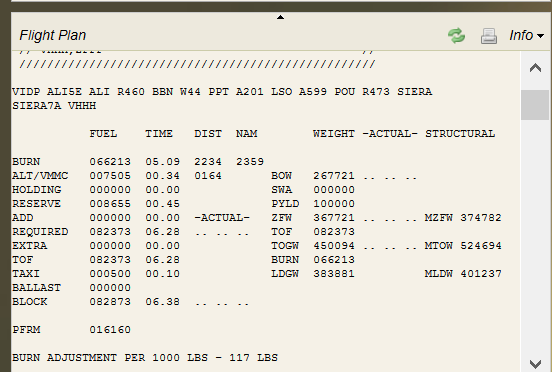 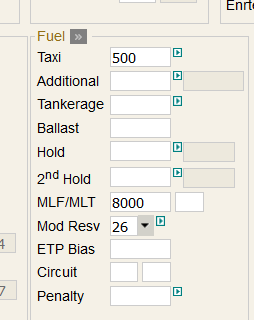 The original intent of the Modified Reserves, was to meet the requirements of fuel saving authorization, similar to FAA Operations Specification B043.  As such, when Modified Reserves are used, the system eliminates Holding Fuel, and changes the Reserve to a static 45min of fuel.

Another aspect of this function is the ability to specify sections of the route which transit Class II Airspace.  The FAA OpSpec B043 requires fuel for "10 percent of that portion of the enroute time (between the departure airport and the airport to which it was released) where the aircraft's position cannot be "reliably fixed" at least once each hour."

To achieve this, the system allows you to enter waypoint pairs for the Class II segments. 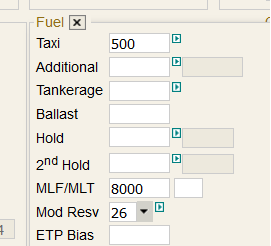 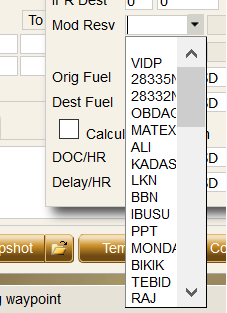 Note the description below, indicating the first modified reserve waypoint. 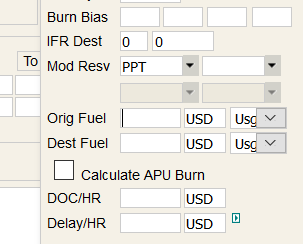 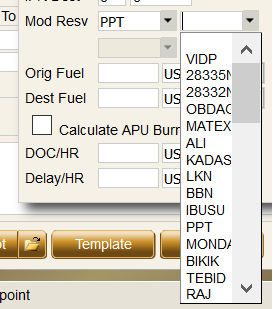 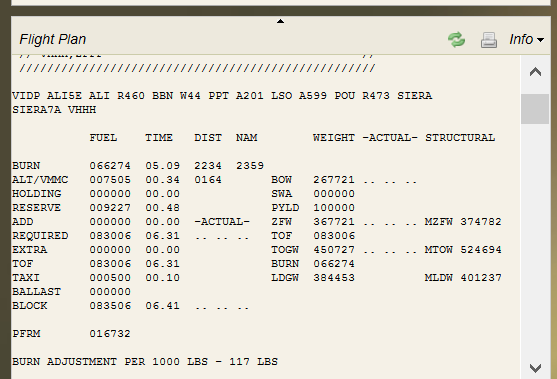 With the addition of the Modified Reserve Waypoints, simulating Class II Airspace, the fuel requirement is now 9,227lbs / 48min of Reserve Fuel.